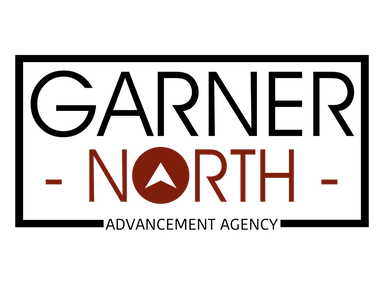 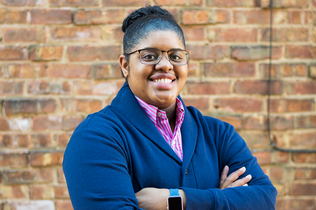 Deja Garner is the founder and lead consultant at Garner North Advancement Agency. Her areas of expertise include organizational equity, community-based harm and violence reduction, youth engagement, and historical research and analysis. Additionally, Deja has been called upon to do public speaking on national platforms to provide perspective on police violence and the state of democracy in our country. She also specializes in equitable gun legislation including the racial implications of federal, state, and local gun policy.

after organizing, coordinating, and hosting anti-violence events and initiatives as a young person IN THE CITY OF MILWAUKEE, deja began working on gun violence prevention in a more official capacity in 2020, right at the start of the pandemic. she currently serves as the Director of Equity and Outreach at Wisconsin anti-violence effort Educational Fund (WAVE), a grassroots gun violence prevention organization in Wisconsin. Deja is the lead for several of WAVE’s functional areas including internal and external equity work, criminal justice reform, policing reform, and youth programming. Through this work, she has been called to collaborate with partners, both locally and nationally. That includes a number of federal, state, and local elected officials, community leaders, and executives from well-known companies such as Starbucks, Snapchat and a number of others. She  also worked on two special teams with the Biden-Harris transition from 2020 until the week of the inauguration.

Prior to her work in equity and violence prevention, Deja served with City Year Milwaukee at Hopkins-Lloyd Community School (HLCS) and later returned to work as an educator there. As an indirect part of her service, she was in a cohort of the New Politics Leadership Academy’s “Answering the Call” program. Wearing a number of hats as an AmeriCorps member with City Year, Deja facilitated several dynamic and engaging presentations on topics such as mass incarceration, effective communication, and how the civil rights movement connects to our work in the present. Upon returning to HLCS as a staff member, she worked with students who had an Individualized Education Plan (IEP) and she specialized in reading and math.

Deja actively engages social justice dialogue related to the inequities between marginalized and non-marginalized populations. After being deeply disturbed and heartbroken by the outcome of George Z*mmerman’s trial in 2013 (after he hunted and killed Trayvon Martin in 2012), Deja set out on a personal journey to work for justice and freedom in this country and has been on that path ever since. She stands firmly against racism and police brutality and she stands even more firmly in her belief that Black Lives Matter.

Deja received her formal education in communication at the University of Wisconsin-Milwaukee, and is currently pursuing a degree in business management. When Deja is not working, she enjoys spending time with her family, including her dog, King, collecting books, listening to music, and trying to keep up with popular culture.  She is also on a journey of mental and physical wellness and hopes to encourage others to do the same.
Copyright © 2021 Garner North LLC. All rights reserved.